Samson slaying a Philistine.
Samson is seen here wielding the jawbone of an ass in order to slay one of the Philistines who have taunted him. This is the earliest of the great marble groups by Giovanni Bologna (called Giambologna), and the only substantial work by the artist to have left Italy. Commissioned by Francesco de’Medici, it was subsequently set up on a fountain in Florence. In 1601 the fountain was sent to Spain as a gift to the Duke of Lerma, chief minister of Philip III of Spain, from the Grand-Duke Ferdinando I of Tuscany. The group was later presented to Charles Prince of Wales on his visit to Spain in 1623. On its arrival in England, it was given to the king’s favourite, the Duke of Buckingham, and subsequently changed hands three times before coming to the Museum in 1954. Date 1560-62. 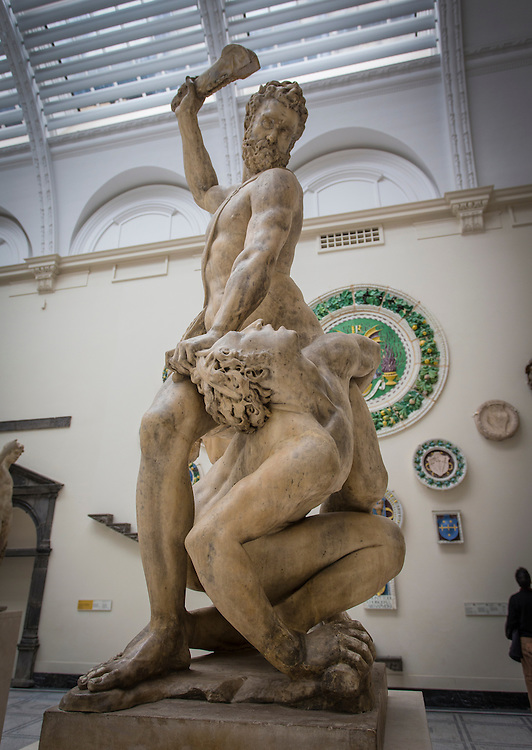